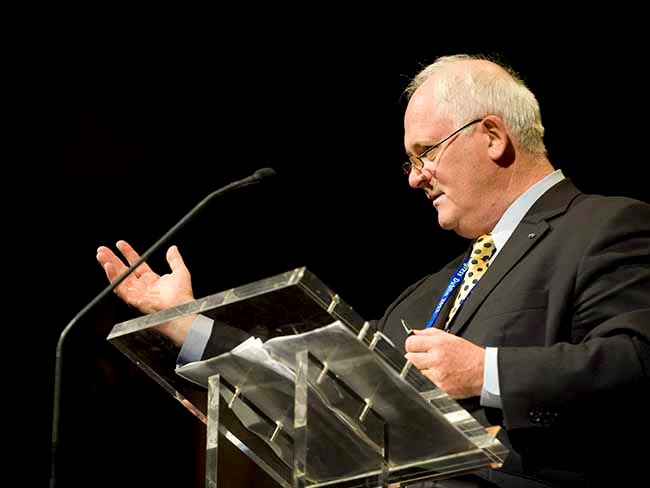 An article in IrishCentral.com dated 2 July 2014 by James O'Shea stated:


He was speaking in London at a conference on the 1914 Home Rule Act passed by the British houses of parliament but never enacted.
People must consider the damage to the Irish psyche, Bruton said of the Easter Rising.
"If there hadn’t been the introduction of violence into nationalism in that demonstrably dramatic fashion then there wouldn’t have been a Civil War," Bruton said.
He also slammed Irish Republican hero Patrick Pearse, saying his bent towards violence had later been used to justify the Provisional Irish Republican Army (IRA).
“I read what Pearse had said about violence, he praised the Ulster Volunteers (armed loyalists)…saying this was a great day that they were armed. He couldn’t have been more wrong,” Bruton said.
The event was originally meant to be held at the House of Commons Speaker’s residence, but John Bercow refused to allow Sinn Fein saying they had refused to take their seats in the House of Commons.
It was held at the Irish Embassy instead.
The issue I have with Bruton is that he does not consider the hundreds of years of British occupation. While Pearse may have been pro-violence toward the occupiers, he was also pro-Ireland.
Posted by Unknown at 3:20 PM 2 comments: