International Great Hunger commemoration to be held in New Orleans 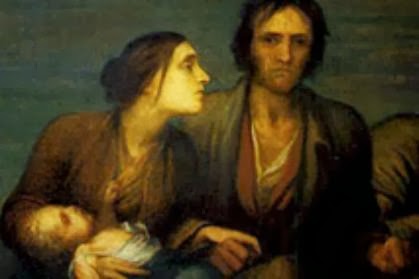 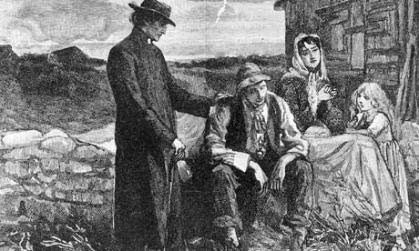 Depiction of a family during the Irish potato famine

In an article in IrishCentral.com by Jane Walsh subtitled


"Ireland and New Orleans share a common bond of suffering and loss, and a spirit of endurance and hope in the face of catastrophe" writes:

Ireland’s Minister for Arts, Heritage and the Gaeltacht, Jimmy Deenihan, has announced that New Orleans – one of the oldest and most prominent cities in the United States – will be the location of the 2014 International Famine Commemoration.
Deenihan said “‘As Chair of the National Famine Commemoration Committee, I am very much looking forward to working with the ‘Irish Network of New Orleans’, the city’s Hibernian groups and the local community to make the arrangements for next year’s International Famine Commemoration programme. I am sure it will be a very special and moving tribute to those who suffered and perished during the Great Irish Famine and also a vibrant celebration of the immense achievements of those who emigrated and their descendants who built new lives in their adopted homes in New Orleans and across the Southern United States’.
“The people of Ireland and New Orleans share a common bond of suffering and loss, and a spirit of endurance and hope in the face of catastrophe. The failure of the potato crop during the 1840s was a transforming event in Ireland, which changed the demographic and cultural landscape forever. Thousands of Irish people emigrated to New Orleans and between 1840 and 1860, New Orleans had a higher per capita Irish population than Boston or Philadelphia.
“The Irish Channel remains the centre of the St. Patrick’s Day festivities in New Orleans today.In the wake of Hurricane Katrina, the Irish people extended the same compassion and generosity to the people of New Orleans that our ancestors received during the most desolate period in our nation’s history. Indeed, the Irish Government committed €1 million to disaster relief in the immediate aftermath of the storm. €700,000 was given to the Red Cross for immediate use along the Gulf Coast and €300,000 was given to various community and civil service organisations.”
Further details in relation to the programme for the International Famine Commemoration including the date will be announced over the coming months.
The selection process to determine the site of the 2014 National Famine Commemoration, which is due to be held in Connacht, is currently underway.
Read more: http://www.irishcentral.com/news/International-Great-Hunger-commemoration-to-be-held-in-New-Orleans-226728891.html#ixzz2pZWjA7Si
Posted by Unknown at 6:09 PM