Refused to be Members of the First Dáil - Arthur Warren Samuels 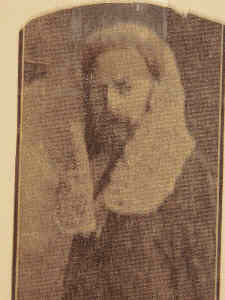 Arthur Warren Samuels (19 May 1852-11 May 1925) was an Irish Unionist Alliance Member of Parliament (MP) in the United Kingdom Parliament and subsequently a Judge. The Irish Unionists were the Irish wing of the Conservative Party.
He attended Trinity College, Dublin, before being called to the Irish Bar in 1877. He became a Queen's Counsel (QC) in 1894 and was called to the English bar in 1896.
Samuels was Solicitor-General for Ireland 1917-1918 and Attorney-General for Ireland in 1918-1919. He was also made a member of the Privy Council of Ireland in 1918.
He was MP for Dublin University 1917-1919, having previously been defeated in a 1903 by-election for the same constituency.
Samuels left the House of Commons when he was appointed to the office of Justice of the King's Bench Division of the Irish High Court in 1919, an office which he held until 1925.
Posted by Unknown at 7:01 PM

Labels: Refused to be Members of the First Dáil - Arthur Warren Samuels