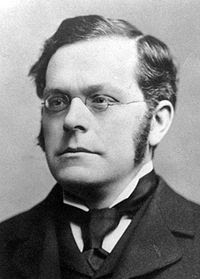 A further threat to Birrell's administration had arisen with the formation in November 1913 of the Irish Volunteers, ostensibly to safeguard Home Rule but in fact, under the influence of the Irish Republican Brotherhood (IRB) aiming to break the union with Britain altogether. Feelings in nationalist Ireland were further aroused by the possibility of conscription.

Sir Matthew Nathan, Birrell's Under-Secretary since October 1914, told him in September 1915 that the Nationalist Party was losing ground in the country and that extreme nationalists, often referred to as Sinn Féiners, were gaining support. Nathan took measures such as suppressing newspapers and forcing Irish Volunteer organisers to leave the country.

The Irish Party leaders, Redmond and Dillon, cautioned against taking direct action against the 'Sinn Féiners' and the administration kept to that policy. Birrell himself felt that the danger of a bomb outrage was greater than that of an insurrection. His assessment was proved wrong when the Easter Rising began on 24 April 1916.

Birrell had spent Easter in London, where Nathan had telegraphed him with news of the capture and scuttling of the arms ship the Aud and the arrest of Sir Roger Casement. He had just sent approval for the arrest of the movement's leaders on Easter Monday morning when he was told by Lord French, Commander-in-Chief of the British Home Forces, that the Rising was on.

He maintained contact with Nathan by telegraph and answered questions in Parliament on Tuesday and Wednesday, then travelled by destroyer to Dublin, arriving in the early hours of Thursday morning.

From there he wrote to the Prime Minister, giving him his assessment of the situation. In one of his letters he wrote that he 'couldn't go on'. On 1 May, the day after the Rising ended, Asquith accepted his resignation 'with infinite regret'. The Royal Commission on the 1916 Rebellion (the Hardinge commission) was critical of Birrell and Nathan, in particular their failure to take action against the rebels in the weeks and months before the Rising.
Posted by Unknown at 8:28 PM