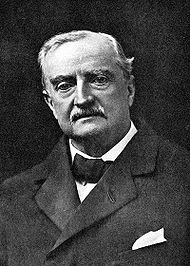 During 1915, Redmond felt secure in his course and that the path was already partly cleared for independence to be achieved without bloodshed. He was supported by continued by-election successes of the IPP, and felt strong enough to turn down the offer of a cabinet seat, which would have offset Carson’s appointment to the war cabinet but would have been unpopular in Ireland. Even in 1916 he felt supremely confident and optimistic despite timely warnings from Bonar Law of an impending insurrection.

Redmond did not expect the 1916 Easter Rising, which was staged by the remaining Irish Volunteers and the Irish Citizen Army, led by a number of influential republicans, under Pádraig Pearse. Pearse, who had in 1913 stood with Redmond on the same platform where the Rising now took place, at that time had praised Redmond’s efforts in achieving Home Rule. Redmond later acknowledged that the Rising was a shattering blow to his life-long policy of constitutional action.

It equally helped fuel republican sentiment, particularly when Britain's General Maxwell, in a highly misguided act, executed the leaders of the Rising, treating them as traitors in wartime. Redmond's plea, and John Dillon's, that the rebels be treated leniently were ignored. There followed Asquith’s attempt to introduce Home Rule in July 1916, failing on the issue of partition.
Posted by Unknown at 8:30 PM