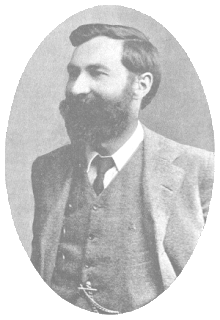 He supported Home Rule but was not a supporter of the Irish Volunteers, preferring civil disobedience. Skeffy and Hanna took opposing positions towards the Easter Rising - he sticking to his pacifist principles. Hanna brought food to the rebels located at the General Post Office and the Royal College of Surgeons.

During the week of the Easter Rising, Sheehy-Skeffington, who had been living at 11 Grosvenor Place Rathmines Dublin, was concerned about the collapse of law and order. On the evening of Tuesday, 25 April, he went into the city centre to attempt to organise a citizens militia (police) to prevent the looting of damaged shops.

He was arrested for no stated, or indeed obvious, reason while returning home, by members of the British 11th East Surrey Regiment at Portobello Bridge along with some hecklers who were following him, and, after admitting to having sympathy for the insurgents' cause (but not their tactics), he was held as an enemy sympathizer. Later that evening an Anglo-Irish officer of the 3rd battalion Royal Irish Rifles, Captain J.C. Bowen-Colthurst (a member of a County Cork landed gentry family), sent Sheehy-Skeffington out, with his hands tied behind his back, as a hostage, with an army raiding party in Rathmines with orders that he would be shot if the raiding party was attacked.

Bowen-Colthurst sought out "Fenians"; he also took captive a young boy, two pro-British journalists — Thomas Dixon and Patrick McIntyre — and a Sinn Féin politician, Richard O'Carroll, all of whom he had shot. Hanna Sheehy-Skeffington was never told either of his detention or death. She only discovered what happened four days later when she met the chaplain of the barracks. Bowen-Colthurst attempted a cover-up and ordered the search and ransack of Skeffy's home looking for spurious evidence. This event resulted in a Westminster-ordered cover-up, and Captain Bowen-Colthurst was detained in an asylum for eighteen months as a result. He would later be retired to Canada on a full pension.
Posted by Unknown at 8:11 PM